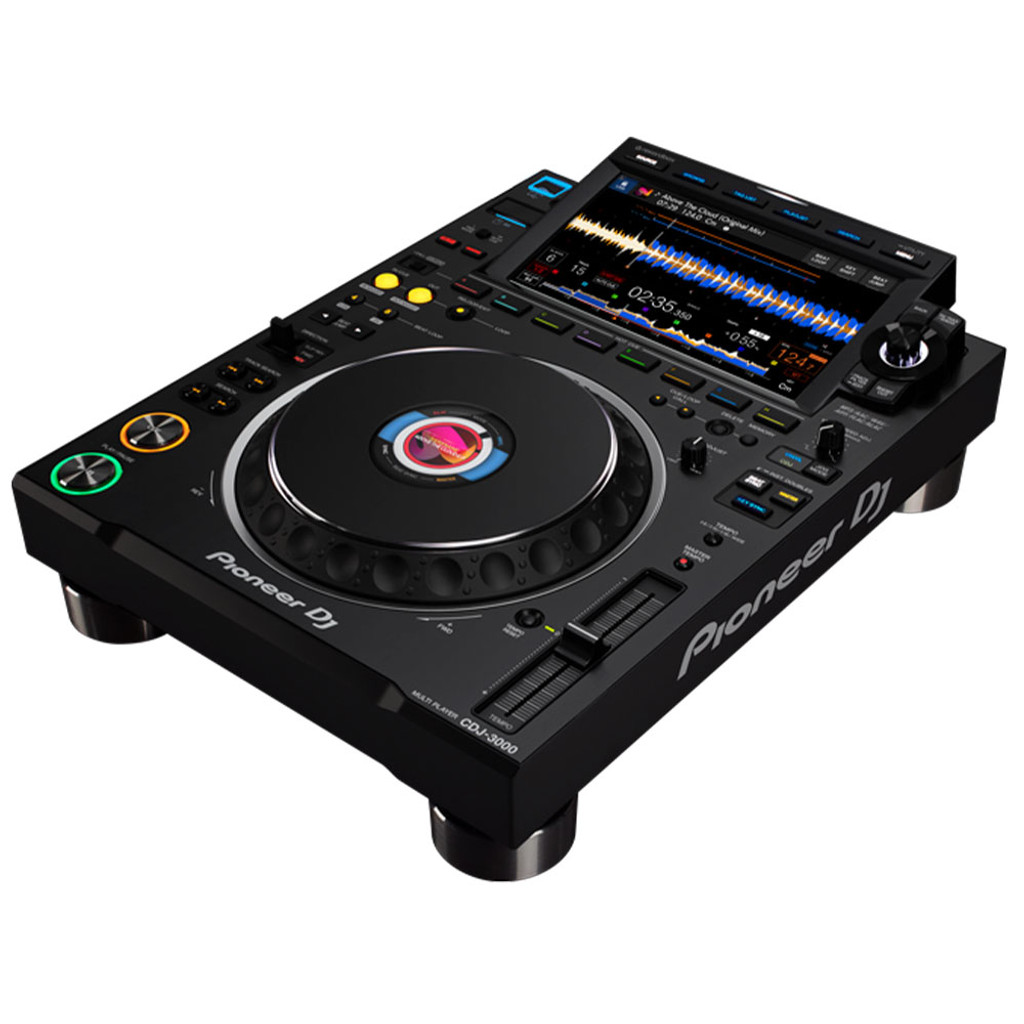 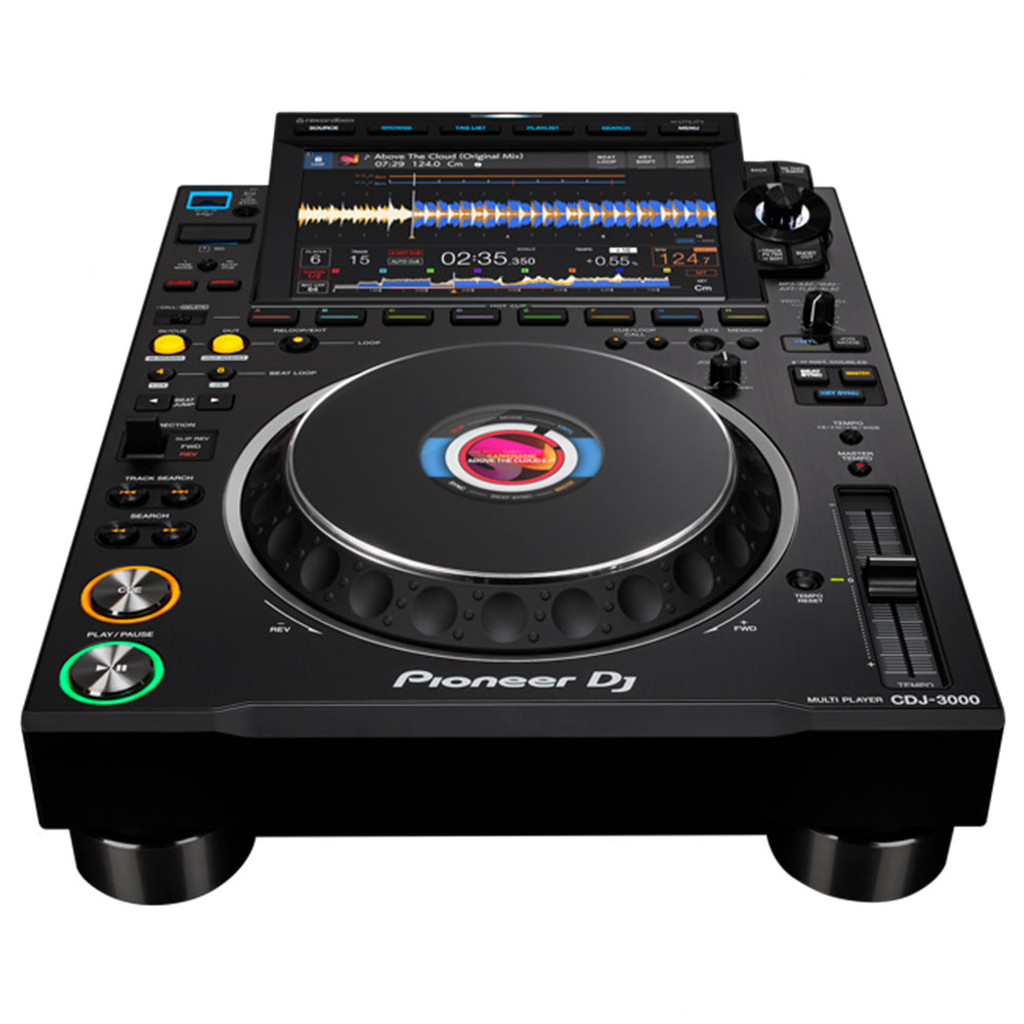 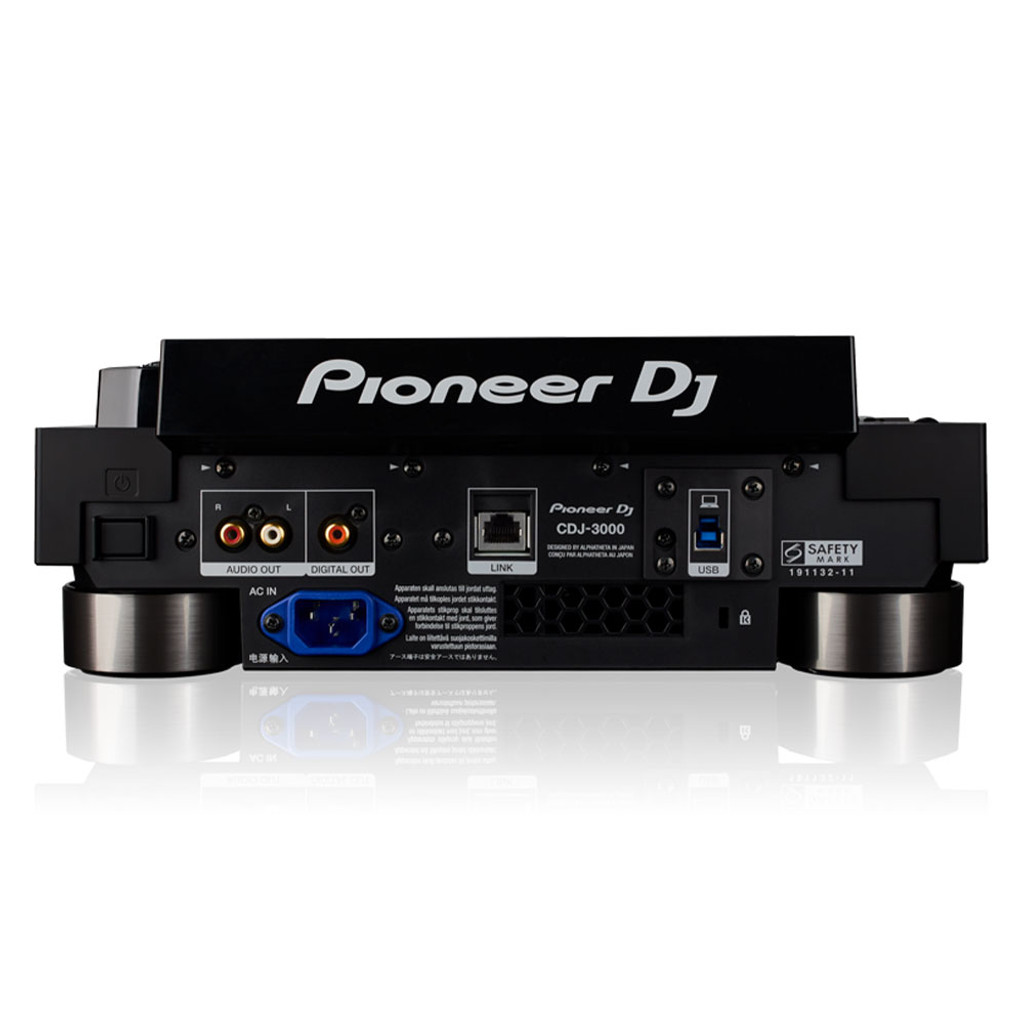 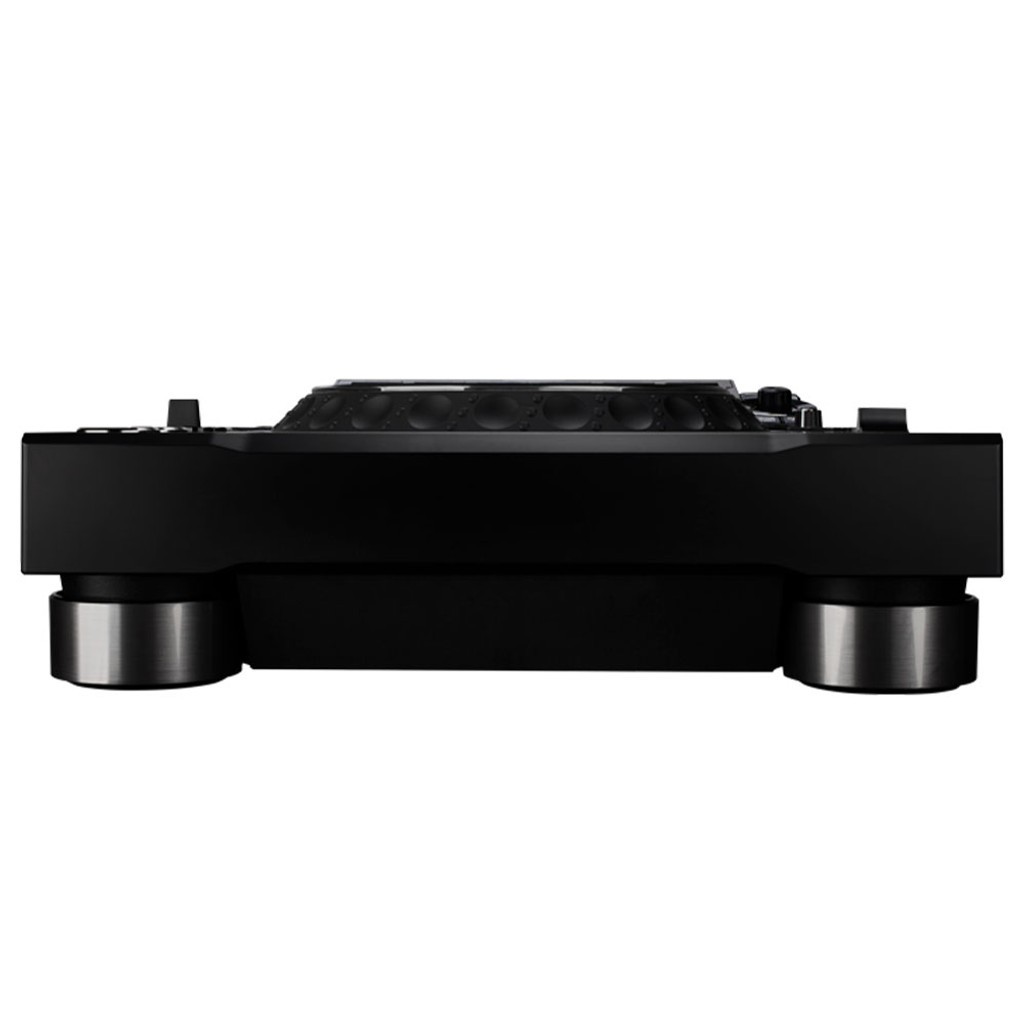 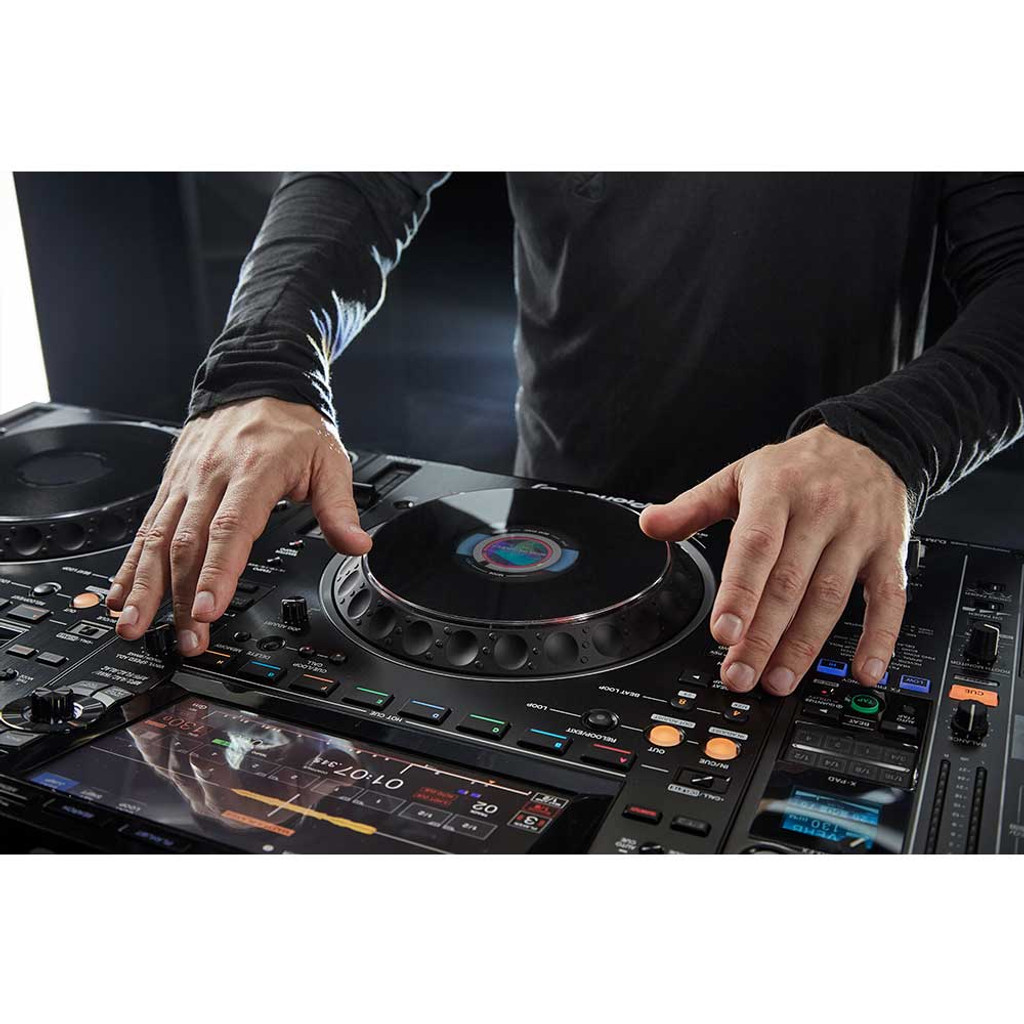 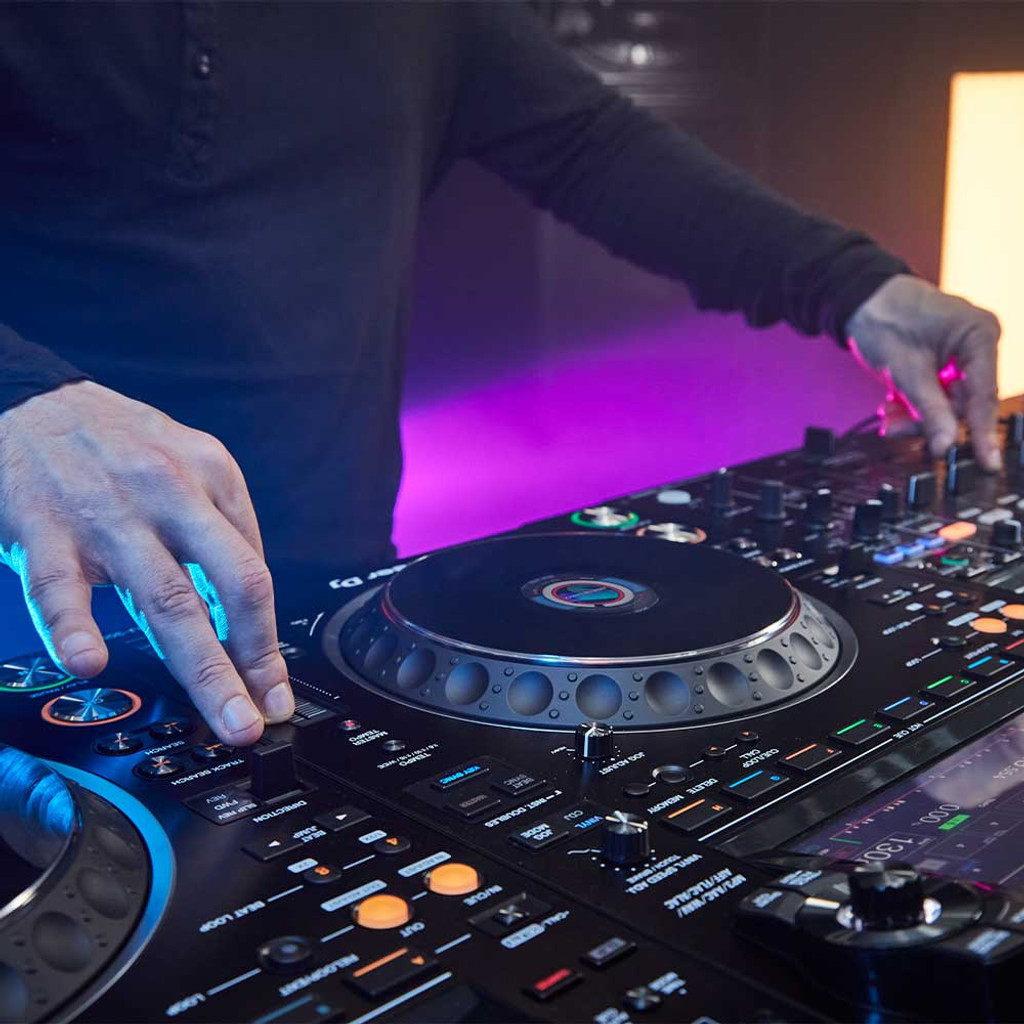 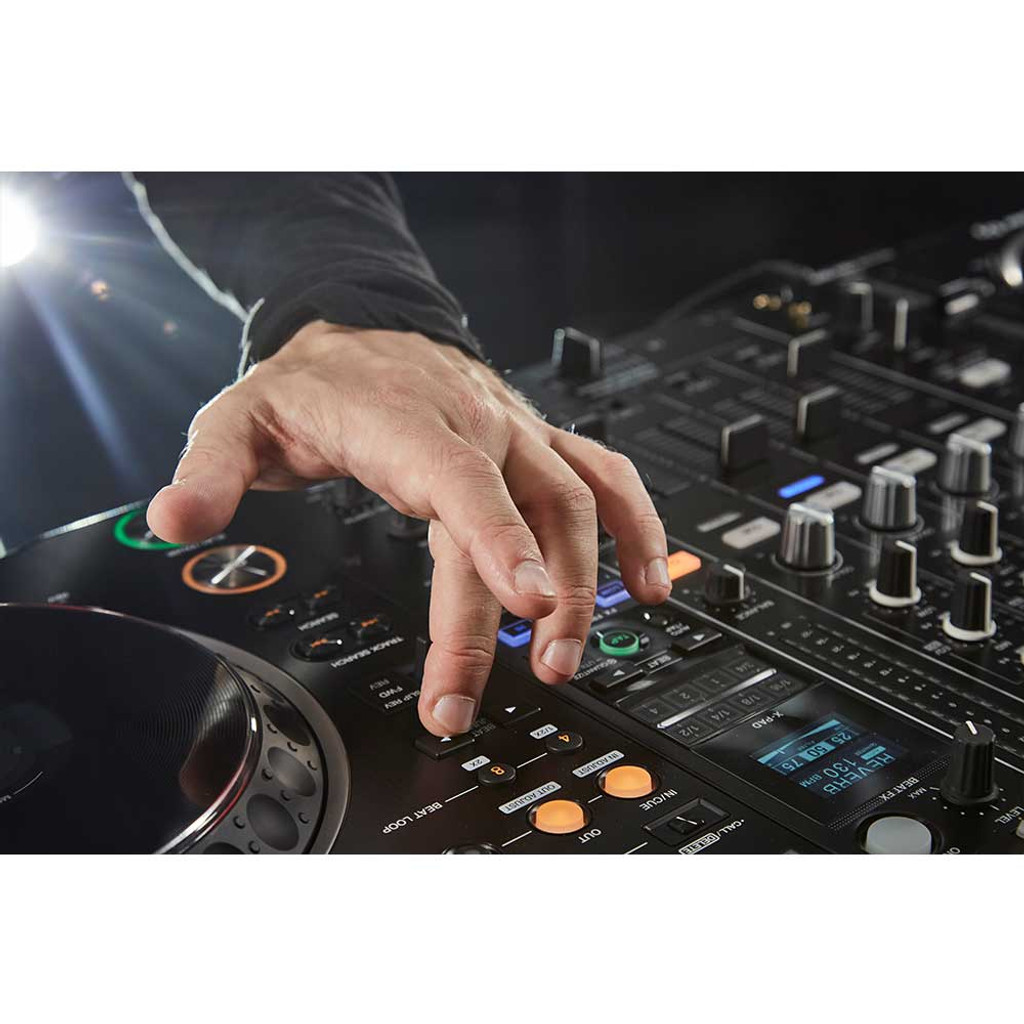 The Pioneer CDJ-3000 has landed

Pioneer DJ bring you the latest rendition of their flagship multiplayer, the CDJ-3000. Offering a world of creative possibilities, the Pioneer CDJ-3000 is driven by a new and powerful MPU (micro-processing unit) along with a number of specially developed and high-quality components.

When you’re on stage, you need to know your decks are capable of handling everything you throw at them. Thankfully, the Pioneer CDJ-3000 does that, and more.

The new MPU is the first of its kind in a CDJ. Driving the unit while delivering stable, smooth performance and a number of advanced features.

For example, tracks and Hot Cues will load faster than ever thanks to the extremely high capabilities of the MPU and Gigabit Ethernet connection. The CDJ-3000 is also a Rekordbox Hardware Unlock device too. So all you need to do is update to the latest version of the software to start using Performance mode (free subscription included).

The CDJ-3000 also boasts a brand-new 96kHz/32-bit DAC audio design that means the crowd will hear your tracks and every nuance of your performance.

But you won’t just hear the improvements on the CDJ-3000, you’ll see them too. Choose the information you want to view in laser-sharp detail thanks to the 9-inch touch screen. Bigger, more intuitive, and higher resolution than that of the CDJ-2000NXS2.

Screen brightness has also been improved more than 150% to improve visibility in dark and difficult environments.

Then, add in a number of handy controls that make it easier to jump between your music collection. As well as new functions such as Touch Preview, Touch Cue, Stacked Waveform, and 3Band Waveform. So you’ll always know where the perfect mix points are on both the track you’re playing and what’s cued up next.

Twice as many as the CDJ-2000NXS2, the CDJ-3000 gives you 8 hot cue buttons that allow you to make new music on the fly. They’ve also been moved directly under the waveform display for even more intuitive cue tiggering.

Operate Beat Jump using the new hardware buttons then hit Key Sync to mix harmonically. You can also create a much wider range of loops using the new 8-Beat Loop button in addition to the classic 4-Beat control.

Feeling is so important when you’re a DJ. Whether you’re making a tiny adjustment or performing an intricate scratch routine.

The Jog Wheel on the Pioneer CDJ-3000 has been redesigned to give you the smoothest action you’ve ver seen. Touch latency has also been massively improved while the LCD screen in the centre of the jog allows you to keep an eye on the playhead position. Not to mention, you’ll also be able to see and reference the album artwork directly on the Jog Wheel. Adding even more aesthetic to an already gorgeous piece of gear!

Thanks to the Gigabit Ethernet connection for Pro DJ Link, you can share and play audio files from USB and SD on up to 6 CDJ-3000 units when combined with the DJM-V10 6 Channel Mixer.

You’ll also find enhanced lighting support that lets you sync your sounds to your lights. The CDJ-3000 sends phrase analysis information to RekordBox. Allowing you to control your lighting effects via the RB-DMX1 and take your show to the next level.